From Chaos to Order: Mobile Banking in Zimbabwe

Imagine you are out to buy groceries like you usually do, but just before arriving at the market you realize: whatever money you had had just lost half of its value. Unfortunately, that was a regular occurrence in Zimbabwe at the height of the 2008 hyperinflation. The inflation still rages on to this day, however a factor contributing to its relative alleviation was, in part, the use of a new innovative payment platform: The Mobile Banking system. In this piece, we’ll explore its brief history, rise and use in the country.

Mobile Banking is a relatively new phenomenon, transforming from being a novel idea into being in direct competition, or essentially substituting for the consumer banking sector. Globally, of the staggering 168 million active mobile accounts, 100 million operate in Africa[1]. To understand its impacts, we must first examine the issues that it aimed to resolve, and to a larger extent, the general monetary issues of the hyperinflation crisis.

There were several significant pre-existing issues leading up the beginning of the hyperinflation in 2006 in Zimbabwe, of which some were: the lack of access to formal financial institutions; high transaction fees and practical issues such as having to present documents to open an account, alongside others. Perhaps one of the largest contributors was the population’s propensity to operate with cash, which has led to Zimbabwe having one of the largest informal sectors in the world, harboring over $7.4 billion in unaccounted transactions[2]. The fact that the majority of the Zimbabwean economy consisted of the informal sector, operating with cash only, meant that the availability and sufficient ‘velocity’ of money was paramount for the economy to function.

This was to change when the Government increased the supply of money around the 1990s, aiming to be able to keep up with the financial needs of Robert Mugabe’s Economic Structural Adjustment Programme (ESAP). From a monetarist point of view, the increase in the supply of money, whose value is derived from confidence, led to a feedback loop, in which vendors increased prices proportionally to the increase in the supply of money, which eventually spiraled down to a point where little demand could be fulfilled at acceptable price levels. The increasing supply of money was also met with vastly increased amounts of ‘informal’ savings, where individuals saved their money outside of banking institution. This often took place in the form of physically stashing money at home; its impacts were that less money stayed in circulation, drastically reducing the steady flow of money needed for an economy to function. The fact that money was saved ‘informally’ meant that it was out of direct reach of traditional monetary policies, such as adjustments to interest rates to encourage spending or saving. Even if individuals saved with bank accounts, given the other circumstances it’s reasonable to assume that their propensity to cash transactions would lead to a mass withdrawal of all savings, draining most savings accounts.

The rapidly dwindling mistrust in the banking system was a significant factor in the rise of mobile banking, as it presented compelling solutions to problems banks and the Government failed to resolve. In the face of having all your savings devalued to nothing, little access to the formal banking system and reliance on cash for every-day transactions, few had realistic incentive to participate in the formal banking sector. Why would they? During such a time of crisis, when banks run out of money to satisfy cash demand, why would any rational person maintain their trust in banks? The lack of legal protection for depositors certainly did not inspire any more confidence either. These factors, compounded by the fact that high inflation levels persisted for many years, meant that a new solution was needed.

At the peak of the hyperinflation in 2008, when inflation hit 79.6 billion percent, the Zimbabwean Dollar was phased out for foreign currencies such as the U.S Dollar, British Pounds, and the South African Rand. Though as flawed and rushed, as this system was, it functioned as life support for the economy for several years – a band aid, if you will. By 2016, this ‘reformed’ monetary system was began showing its cracks; by now there was a severe shortage of U.S Dollars – the de facto currency at the time. It was around then that the Reserve Bank of Zimbabwe began to do what infamously perpetuated the crisis: printing more money. The production of the new so called ‘Bond Notes’ led to the very same issues as before – namely that many started hoarding the notes believing that it will devalue, and per monetarist theories, this low level of confidence did just that; it initiated another round of inflation, wherein distrust in the currency spiked up prices, causing yet another major market failure. Once again, the velocity of money decreased, suggesting a wider halt to the economy.

In the midst of the shortage of USD, and the introducing of the ‘Bond Notes’, a new de facto financial institution arose: the Mobile Banking sector. Having been adopted in the 2010s, this seemed like a perfect solution to the ever-present cash crises; it alleviated the cash flow issue by allowing users to replace physical cash transactions with one in which they could simply send/receive money through SMS. Few had access to bank accounts, yet the majority had access to a phone with a SIM card – the only requirement to access this new system. Moreover, Mobile Network coverage was vastly better than the physical presence of banks throughout the country, which increased its accessibility to the more rural parts of the country. Similar to a ‘normal’ account, people could freely withdraw and deposit their money at ‘agents’, which alleviated concerns of being ‘locked in’. With the steady growth network of consumers looking to e-banking as a potential solution to their cash issues, combined with the reality that Government action was futile against the inflation as it was, Mobile Banking became a go-to to replace cash payments.

Aside from addressing the lack of monetary confidence, mobile banking made sense from a more practical sense. Since Mobile Banking companies operate on already-made mobile network infrastructure, their costs were relatively low, which reduced prices for consumers, reducing the financial barrier to entry to banking services. It’s also possible to make the assertion that the growth of these operators over the years led to a further decrease in costs, as a result of gained economies of scale. The largest ‘player’ within this field is EcoCash, whose consumer base grew to 6.7 million in 2017[3]. To illustrate the scale of their growth and adoption by Zimbabweans, consider the fact that ~53% of Zimbabwe’s GDP arose from EcoCash transactions and that EcoCash commanded more than 80% of all financial transactions in Zimbabwe[4].

However, the relatively unregulated grip of EcoCash on the Zimbabwean economy struck fear into the Reserve Bank of Zimbabwe, as a result of various issues it could present to the wider economy. Arguably one of the most significant problems for the Reserve Bank was that they could not enforce monetary policies effectively; a Mobile Banking-led economy cannot respond to typical monetary policies in the same way as more traditional systems, which raises major concerns as whether the Reserve Bank is losing grip on its ability to intervene in the economy[5]. Moreover, as a result of the higher velocity of money that Mobile Banking transactions facilitated, the Reserve Bank raised concerns that it could drive up inflation[6]. The fact that mobile payments dominated as a payment method meant that the Reserve Bank could not influence those transactions as well as traditional cash-based ones. From the Reserve Bank’s point of view, this could also lead to a future where companies such as EcoCash have more command over the economy than the Central Bank itself.

The frustration and concerns of the Government of Zimbabwe came to a critical point, when in June 2020 they announced that EcoCash and other services like it would be shut down[7].  The Government accused EcoCash decreasing the value of the recently re-introduced Zimbabwe Dollar through illegal activities in the Stock Market. The rationale behind the ban was also to re-establish the Government’s influence over the economy, presumably to be able to implement new monetary policies per their agenda.

However, with the end of EcoCash, it is the everyday user who is harmed; the conveniences of EcoCash, such as the ease of conducting transactions and the relative confidence in the system were now gone, paving the path for the old monetary issues to surface.

With inflation figures soaring to over 659% in October 2020[8], we may be on a trajectory towards witnessing another round of hyperinflation in Zimbabwe. The economic fate of Zimbabwe once again lies in the hands of the Reserve Bank of Zimbabwe.

3 Crystal. "EcoCash – How a Telco Turned a Cash Crisis into a Cash Cow." Digital Innovation and Transformation. Web. 21 Oct. 2020. <https://digital.hbs.edu/platform-digit/submission/ecocash-how-a-telco-turned-a-cash-crisis-into-a-cash-cow/>. 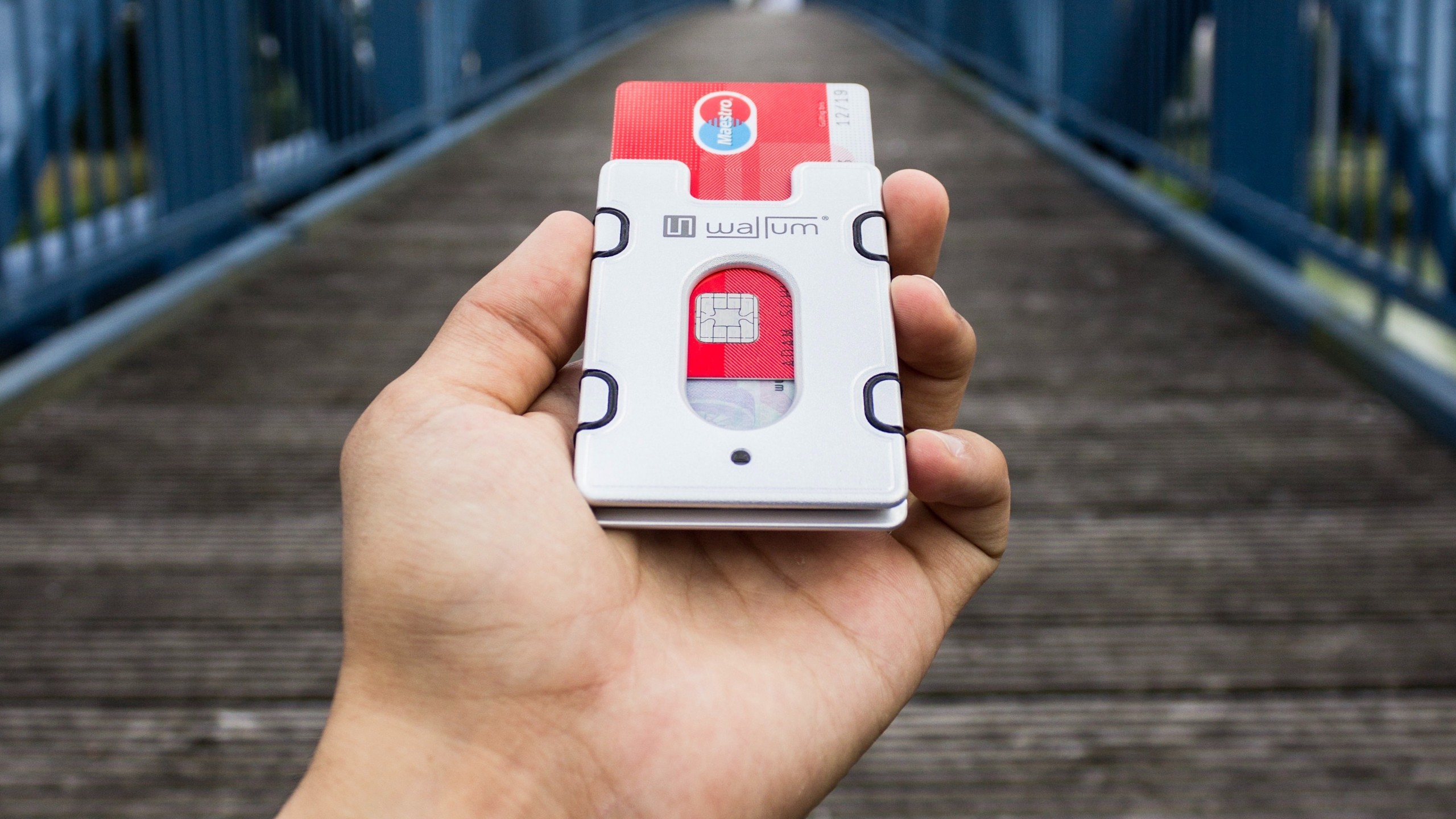