Infrastructure: The Key to Social Mobility?

Infrastructure: The Key to Social Mobility?

As individuals from more economically developed countries (MEDCs), we tend to overlook our complete and free access to infrastructure such as roads, public transportation, the metro, amongst others. Basic infrastructure that we spare no second thought to is often a significant barrier to the economic development of areas in less economically developed countries (LEDCs). Though this topic is extensive and complex, this article will attempt to paint a picture of the general impacts and implications of developing infrastructure in LEDCs with respect to social mobility.

At first thought, several benefits of developed infrastructure arise, but the true impacts are much more extensive than what first comes to mind. Considering the meaning of social mobility to be the upward movement of individuals in their economic status, we can argue that developed infrastructure has a positive effect on it, and an overview of the factors contributing to this conclusion are discussed below.

A clear benefit of the development of infrastructure comes in the form of employment, as the construction of the infrastructure itself. After all, that infrastructure is certainly not going to construct itself. The rural nature of large portions of the populations of LEDCs, and governments’ limited accessibility of capital-intensive construction methods works to the advantage of rural residents; the significant cost of capital-intensive methods force contractors to use labour-intensive methods of construction, therefore leading to the employment of a larger number of individuals providing them with income. In terms of the scale of job creation, a World Bank analysis concluded that for every billion USD invested in infrastructure, 110,000 related jobs are created[1]. Though an estimate, it provides a good idea of the scale of job creation resulting from infrastructure projects.

With the development of basic infrastructure such as roads comes directly-linked opportunities for employment – namely transportation services. This often comes in the form of low-cost taxis or rickshaws, which are widespread in many cities around the world. As an example, consider that in Uganda there is now an industry of private transport consisting of 200,000 bicycle and 90,000 motorcycle taxi drivers[2], created as a result of years of infrastructure development. Consequently, those individuals now earn a relatively stable livelihood, allowing them to support themselves and progress up the social ladder. On this level, the general impact is that new sectors and industries are unlocked. This, however, is just an impact on the surface; there are many others that are just as consequential, yet not obvious at first thought.

Another, yet major impact is in improvements to the accessibility of healthcare; for all population centres, rich or poor, healthcare services are accessible either through roads or other similar means. Poor infrastructure reduces accessibility of such services, impacting rural residents of LEDCs the hardest. With greater risk of disease and exposure to greater variants of hazards than MEDC populations, poor population centres require ready availability of healthcare services to maintain a healthy population. A study estimated that 75% of pre-natal mortalities came as a result of poor access to transport to healthcare facilities[3], and it is indicators such as the one mentioned that showcase the importance and implications of ready access to healthcare facilities.

In another capacity, the role of quality infrastructure is in its ability to inspire confidence in individuals. This comes in the form of individual faith in being able to receive the help you need; someone is more likely to seek help if they believe that they will be successful in receiving the help that they need, otherwise they may believe the endeavor to be futile.

On a more practical level, during cases of major health crises that affect poorer areas discriminately, it is ever-so important for healthcare professionals to have direct access to these areas to thwart threats; historically that has been the Ebola outbreak and nowadays the COVID-19 outbreak. The accessibility of population centres, whether rural or urban, directly affect the effectiveness of responses to health crises, meaning that quality infrastructure serves to prevent additional deaths and illnesses as a result of poor access to healthcare professionals. In the case of LEDCs having a poor healthcare system, the importance of infrastructure, such as airports, comes in the capacity of being able to properly receive foreign aid. This was put in test during the Ebola outbreak, where foreign aid organizations scrambled to assess how to access rural population centres in countries such as The Congo, where the terrain made it extremely difficult to traverse the country. Undoubtably, better transportation links would have allowed foreign aid to better reach those in need, improving the efficacy of responses within those countries and reducing deaths.

Impacts of improvements to access to education are extremely consequential – its improvement has wide positive socio-economic implications. Quality infrastructure increases the physical accessibility of schools, allowing a populace to reap the extensive benefits that come as a result of increases in enrollments in schools. A major issue is that creating and operating small local schools requires a significant amount of capital, in addition to other factors of production, such as labour, in this case, qualified teachers. Maintaining and operating a local school can be extremely difficult and unsustainable in areas where the necessary factors of production are scarce. For this reason, there are fewer schools within many children’s locality.

Means through which children can attend school outside of their immediate area, either through public transport or otherwise, are greatly consequential in the sense that while operating a local school exhausts too many resources and may be unsustainable, operating a larger school which serves a wider area is more efficient as a result of access to greater number of resources. The larger scale of the operation means that the school can employ more qualified teachers and create better facilities to accommodate a larger number of students. Moreover, increased tuition or financial support would make such a school more sustainable in comparison to a local school which could see no such funding. The simple aggregation of such resources directly improves the quality of education, enrollment levels, literacy amongst a range of other factors. A larger school with better resources equipped to teach are likely to be in a central location to serve larger population areas, so being able to travel to such schools from afar is important in ensuring higher levels of enrollment. Hence, barriers in accessing cheap and sufficient means of transport hinders enrollment and accessibility of schools.

Another significant socio-economic impact is the empowerment of women and the reduction in the gender gap, as with greater access to schools larger number of girls are able to attend school, consequently resulting in greater access to higher education. The result of wider access to higher levels of education for women are well-documented, in that they combat gender discrimination and decrease the gender pay gap. In fact, a study conducted in Morocco demonstrated that the presence of a paved road led to a school participation level of 48% for girls and 76% for boys[4]. Moreover, the absence of paved roads led to a higher drop-out rate for girls[5], reducing their prospects of secondary education and therefore their employability for white-collar jobs, in addition to other significant disadvantages.

One of the most significant factors in social mobility is access to labour markets. Access to stable jobs allow disadvantages individuals to earn a livelihood to support themselves and their families. Cheap and well-established modes of transport are a vessel through which individuals from a poorer background can have better access to labour markets. The search for employment with respect to costs of transport often boils down to a cost-benefit analysis; if the costs of arriving somewhere to apply for a job, monetary or otherwise, is greater than certainty of acquiring that job, an individual is unlikely to accept that scenario. Keeping in mind that LEDCs in which infrastructure problems arise often have high unemployment rates, it’s likely the quantity of applications submitted that yields a jobseeker a job. Consequently, being able to cheaply travel to seek a larger number of employment opportunities directly impacts one’s prospects of acquiring a job through reducing their cost of searching for employment.

The most common modes of transport have their major shortcomings in LEDCs. Arguably the most significant is that of the lack of accessibility of means of transportation[6]. Other factors are showcased below.

As a result of the lack of accessibility of some of the more costly forms of transport, such as buses and cars, individuals are sometimes forced to walk or cycle, therefore experiencing the disadvantages of those forms of transport. 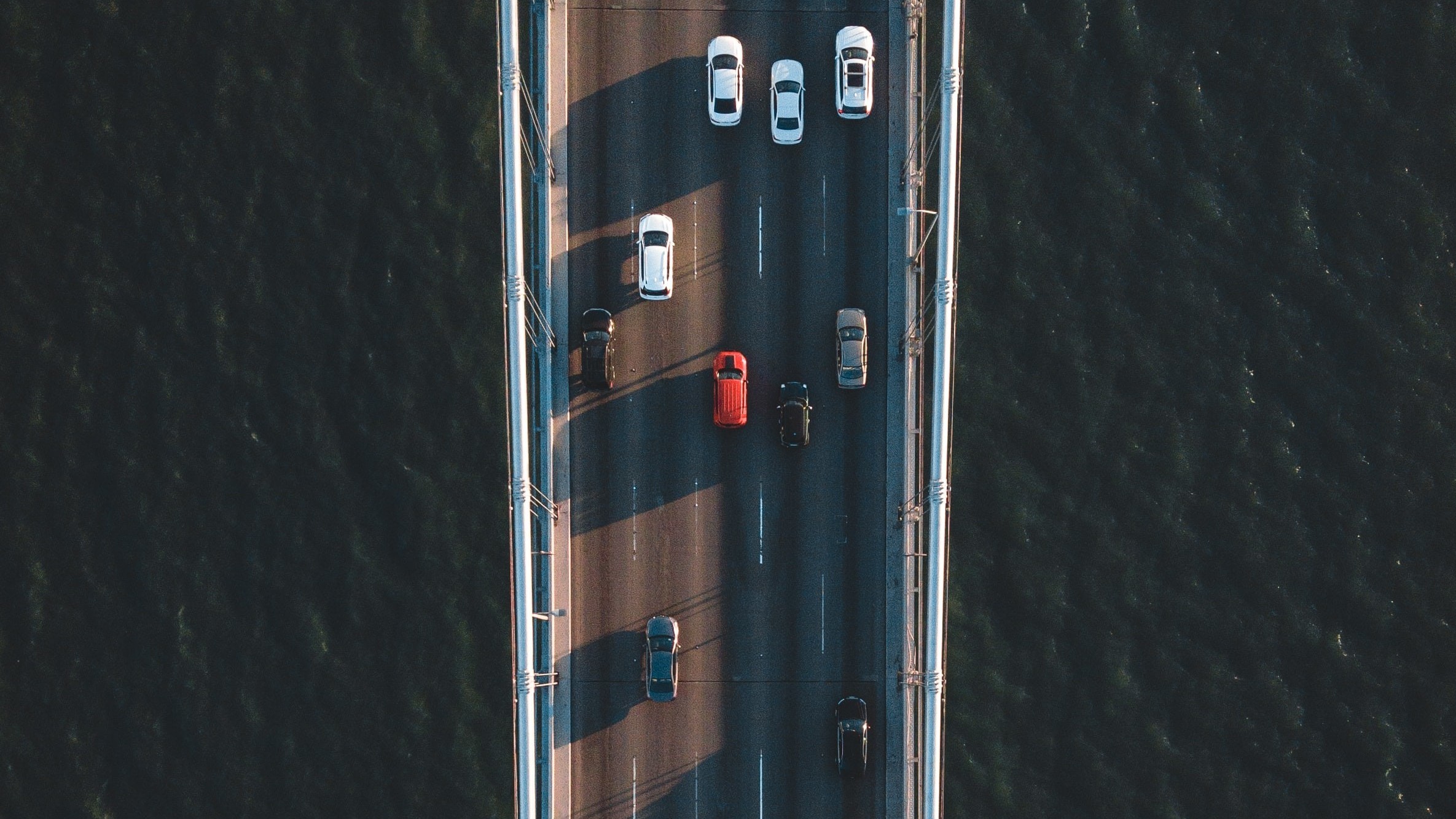