Bitcoin: Cryptobubble or the Future of Money?

During May 2021, Cryptocurrency prices have seen a sharp decrease in prices. While it is no surprise for the infamously speculative cryptocurrency market to experience such a shock, it is unclear yet whether this date marks the burst of a cryptocurrency bubble or is just a dip that would be forgotten within a few months.

More importantly than its role as an investment opportunity, supporters of cryptocurrencies often argue that cryptocurrencies are valuable as the future of money (Polleit, 2020). With no government to set a monetary policy, they consider that blockchain could end continuous positive inflation in the global economy if it takes the place of the fiat currency (Polleit, 2020).

Although such forecasts could seem utopic for the foreseeable future, there is an important point brought by this argument. As observed since the end of the gold standard in the United States in 1971, inflation in the US economy has always shown an increasing trend. Inflation is considered as a driver of consumer spending and expansionary monetary and fiscal policies were often used in the hope of reducing unemployment and boosting GDP. Yet these policies, while sometimes positively affecting the economic indicators, come with high prices including the increased cost of living and devaluation of savings for the residents, and increased cost of doing business.

The cryptocurrencies provide a digital medium of exchange that does not rely on a central authority such as a bank or governmental institution (Farell, 2015). The earliest decentralized cryptocurrency that was established in 2009, Bitcoin (BTC), still leads in the number of market cap (Farell, 2015). Because Bitcoin is not minted or regulated by a central authority and it does not have any commodity value, its value comes from the market interactions of supply and demand. The supply of Bitcoin comes from a process of mining which is often criticized due to its high energy consumption (The Guardian, 2021). The demand for the coin nowadays is mostly created as a result of its value as a storage of value, since the volatile Bitcoin market attracts many highly risk seeking investors. It is also important to acknowledge that Bitcoin’s value is affected greatly by the news that indicates its possibility to act as a medium of exchange. Tesla CEO Elon Musk first announced the company will accept Bitcoin payments for their sales in March 2021, which followed an increase in Bitcoin market price. Only two months later, Musk stated that the company will not be accepting Bitcoin payments after which Bitcoin was down 12% as well as other cryptocurrencies.

Regulation on the cryptocurrency market is also a topic that is on the agenda of different governments throughout the world. PRC, following on their attempt to curb cryptocurrency trading since 2017, have recently banned financial institutions from providing cryptocurrency transaction services (Reuters, 2021). There is also speculation that there could be impending regulation discussions in the United States (Financial Times, 2021). China’s ban has impacted the market significantly, coinciding with the Bitcoin crash in May 2021. A possible US regulation, depending on its scale, could also create a similar effect.

Most criticism of Bitcoin comes from the point that its market is highly volatile to the point that Bitcoin is considered a speculative investment. Critics argue that the commodity has no intrinsic value. This criticism is based on the fact that Bitcoin can not yet fulfill its premise as a “money” since it is not used as a medium of exchange for most cases.

To put this in simpler terms, the main difference between Bitcoin and Euro is the basis of their demands. The demand for Euro comes from the everyday users of the currency, residents of any Eurozone country, or foreign businesses that import European goods. This means that as long as European goods and services are in demand, so is the Euro. With Bitcoin, the demand comes from the risk seeking investors who want to take advantage of the rising prices of the commodity. Bitcoin investors, although they can, usually do not buy Bitcoin in order to buy a cup of Starbucks coffee.

Nobel Laureate Paul Krugman is one of the vocal critics of Bitcoin because of this reason. He considers that the only reason why there are so many cryptocurrency investors today is because the early investors have made a lot of money out of it, referring to this phenomenon as a Ponzi scheme that has gone really long (Krugman, 2021).

So if, in the future, cryptocurrencies were to take the place of fiat currencies; how would it impact us?

It is true that Bitcoin would still not have any intrinsic value. But the truth is that fiat currency also does not necessarily have an intrinsic value. The value of fiat currencies, much like Bitcoin, is determined by the market prices that we read as the exchange rates. So if Bitcoin were to be integrated in our daily economic lives, the only difference between Bitcoin and Euro would be the supply.

The supply of Bitcoin comes from a technical procedure that involves high energy computers. But it is important to note that these computers can not produce infinite amounts of Bitcoins. There is a 21 million limit of Bitcoins that can be produced (Farell, 2015). On the contrary, fiat currency could technically be printed to the point that it is even less valuable than the paper that is printed on. Furthermore, the supply of fiat currencies depends on the decision of central banks. Central banks could perhaps, in the distant future, change their primary monetary policy to printing money in order to boost demand in the economy. So it is safe to assume that Bitcoin, by its nature, is more resistant to inflation compared to fiat currencies.

A problem that may arise through the Bitcoin cap is that in an economy, it is best for money supply and output to change in similar proportions. If money supply was to increase much faster than output, this would result in hyperinflation. If output were to increase much faster than money supply, then the markets would experience a liquidity crisis. A liquidity crisis of such a scale would impact global demand severely, which may cause a global recession.

One way to solve this problem is for the world to use a combination of cryptocurrencies. Right now there are currently a variety of cryptocurrencies and it is possible for institutions such as private banks to create their cryptocurrencies in the future with their capital given it becomes a critical part of the financial system.

Cryptocurrencies, with no central bank to push expansionary monetary policy, could be a more stable currency for the population given they are commonly used as a medium of exchange. But the inability for a central authority to utilise monetary policy also means that it would mean one less tool to get an economy out of recession. Cryptocurrencies could also potentially make the taxation process more difficult for the governments, since Blockchain ensures that exchanges of the coins are not trackable. So cryptocurrencies could change the financial world, and institutions of the state if they were to be used regularly in our daily transactions. These changes would possibly be beyond our imaginations, in either a good or bad meaning.

Although we take inflation between 0-2% as granted, even preferred, in the current global economy, we often tend to forget the meaning behind this. Let us assume a perfect scenario where the monetary and fiscal policy is managed perfectly. The economy is growing without any fluctuations with 2% inflation for every year. This would still mean that every year the people who hold fiat money, assuming their money is not put into a bank for interest, would lose 2% of the value of their savings. Accumulating inflation over three and a half decades, a person would lose half of their initial savings due to inflation. In real terms, cumulative inflation since 1990 reveals that in three decades one dollar today can only buy nearly 49% of what a dollar could buy in 1990. Given the more inflation resilient nature of Bitcoin and other cryptocurrencies, damages of cumulative inflation throughout decades could be minimized once these assets reach an equilibrium point.

Considering most currencies around the world, particularly the ones issued in developing countries, cryptocurrencies could be a good alternative for wide use as opposed to local currencies. Although cumulative inflation throughout the decades is a problem that concerns the developed nations as well, there are ways for people to invest and conserve the value of their assets. In a country where economic circumstances are constantly changing due to political instability or various other reasons, exchange rates are fluctuating, and possibly the economy relies heavily on a small number of sectors; people could find less risk to keep their monetary assets in cryptocurrencies rather than their local currencies. Despite internet connection not being as widely available as the developed world, in Venezuela the usage of Bitcoin among other cryptocurrencies are surging at the moment. The phenomena resulted since the cryptocurrencies are widely used as a way to beat hyperinflation (Martin, 2021).

While today it is generally accepted as a highly speculative investment by many experts, cryptocurrencies have the potential to change the rules of global economics as we know it. People could prefer a world where cryptocurrencies are widely used in the future for there would be many advantages of doing so since cryptocurrencies, by their very nature, offer privacy in money transfer with their end to end authentication methods. For Bitcoin or any other cryptocurrency to reach an equilibrium point, however, the most important step would be wide acceptance of the blockchain payments by private businesses.

Farell, R. (2015, May). An Analysis of the Cryptocurrency Industry. University of Pennsylvania Scholarly Commons.

Electricity needed to mine bitcoin is more than used by 'entire countries'. The Guardian. (2021, February 27) https://www.theguardian.com/technology/2021/feb/27/bitcoin-mining-electricity-use-environmental-impact. 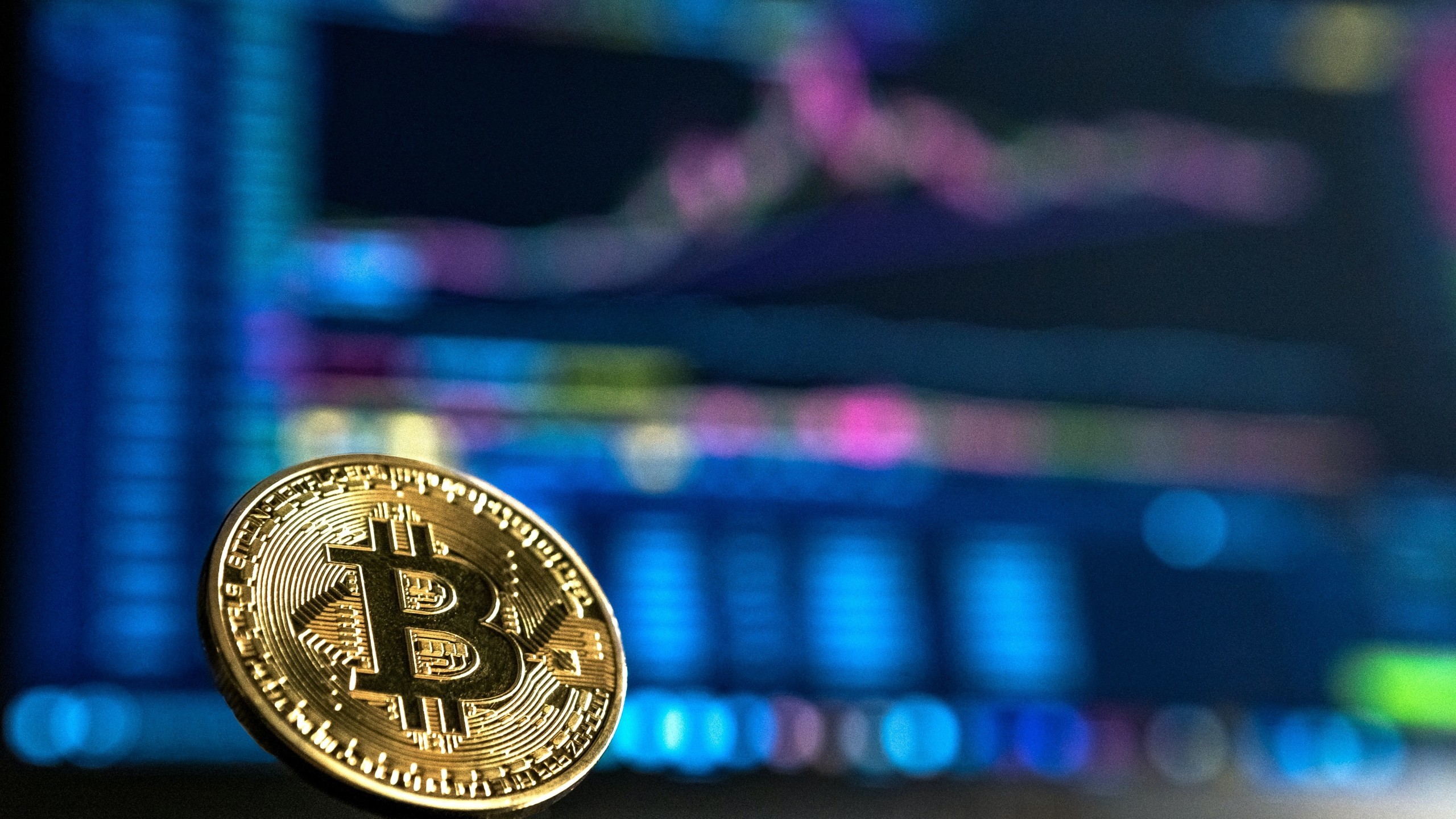