Our aspirations and ambitions are what drive us to pursue the things that we do. EFR propels its members through an array of unique experiences and opportunities, whether that’s through organising career events, providing guides to your studies or other means. It is with the goal of opening up new opportunities and supporting members that EFR has partnered with De Nederlandsche Bank. We sat down to learn about the stories of Bob Rotman and Thomas Dekker, two EFR alumni whose experiences and backgrounds have led them to a career as resolution officers at DNB. Today, we’re bringing you what they have told us about their student lives, experiences with EFR, and careers at DNB.

To give some context, De Nederlandsche Bank is the central bank of the Netherlands, and it has numerous functions such as monetary policy, supervision and resolution, alongside others. Bob and Thomas work as resolution officers at DNB, working to supervise and assess banks’ finances so that they remain stable.

Drawn by the academic rigour and prestige of Erasmus University, Bob first pursued a degree in International Economics and Business Economics. Then, he went on to complete two Master’s degrees. He studied his first Master’s in Law split up at three different universities, being the University of Haifa, Gent and Pompeu Fabra. Afterwards, he finished his second Master’s in Financial Economics back at Erasmus University. His experiences at EFR was within the Sports Committee, and he told us that he particularly enjoyed organising social events. He believes that being an active member of EFR has contributed to his social life in Rotterdam and provided a great environment to challenge himself. While he had not planned his career path, he told us that his degrees served as excellent foundations for what was to come.

Thomas finished a double degree in law and economics at Erasmus, gaining valuable knowledge in both fields. He has also completed two Master’s degrees, one in Business Law at Leiden University and the other in Financial Economics at Erasmus. He fondly remembers a study trip to Moscow, he partook of a duty on organising, which he found enriching to get to know a new culture and hearing about the lives of Russian students.

Soon after completing his Bachelor’s degree, Thomas served full-time as the President of EFR from 2011 to 2012. He says that serving as an EFR board member prepared him well for his professional life as he got familiarised with practical tasks such as organising meetings and communicating with committees.

When we asked about Thomas and Bob’s responsibilities and day to day duties at DNB, Thomas explained that the central bank has a lot of different tasks set by the Dutch and European Law. Their Core task, Resolution, follows specific guidelines for the purpose of avoiding public bail-outs of financial institutions. After the financial crisis in 2008-2009, European Union member states needed help to regulate their banking systems. The operations of DNB’s Resolution branch have started after the legal framework was established in 2014-2015. European authorities have taken measures to protect financial systems and save the public from the burden of bailing out companies if the worst case happens. Thomas and Bob explained that because this branch of DNB is new, their jobs require them to do varied tasks at the same time. The work is comparable to working for a socially engaged start-up within a large and resourceful public institution. Bob explained that their work is very internationally focused. He stated that their mission includes writing analysis on all the banks that operate in the Netherlands and cooperate with Dutch and European authorities in order to protect the financial interest and stability of the Dutch economy.

Thomas explained that operations of Resolution include horizontal and vertical work. Vertical work, where both Bob and Thomas predominantly work, includes jobs such as examining the financial health of specific banks and communicating directly with them on behalf of DNB. Their main objective, as Thomas has said, is to ensure that these banks are resolvable. Horizontal work, on the other hand, includes researching more general questions such as research on the valuation of banks. He specified that their experiences in Resolution could be very different from the experiences of people working in other departments of DNB. Within DNB, there are many different opportunities for people with different backgrounds.

Something else that is very nice about working at DNB is that even though it is a very old company, a lot of the people currently working there are fairly young, especially at the Resolutions department of Bob and Thomas. DNB has a special board that focuses on the development of the younger employees,  besides this there is a big social aspect next to the work, for example the Friday afternoon drinks (VrijMiBo's), the yearly DNB skitrip, and several study trips.

Later, we asked how DNB supervises financial institutions and prevents failures of those institutions. The tasks of the Resolution department start when there are no problems yet, to ensure institutions are resolvable as a preventative measure. This means when the institutions are not in trouble, they are preparing themselves in such a way that if they were to get into trouble the problems are manageable. In case a bank enters a crisis situation, there are specific rules set by European Law on which instruments are available. Depending on the bank’s resolution strategy, as the national resolution authority, DNB can among others recapitalize the bank by a strategy called bailing in or sell the failing institution to a third party.

Bob elaborated that their purpose is to prepare for the strategy of ‘bailing in’, rather than bailing out if it comes down to a private financial institution not functioning with sufficient financial health. Resolution’s purpose is to make sure in case of this situation, rather than the taxpayers carrying the burden, shareholders or even debt holders are called on to help. Bob also explained another measure called the Deposit Guarantee System , which ensures confidence in the financial system in times of crises and secures up to 100.000 euros of deposits per client per bank.

Listening to Thomas and Bob’s experiences in working at DNB has expanded our understanding in various subjects, from experiences of working in a public institution to how different educational and extracurricular paths throughout university years could shape our personal and professional development. They have shared about amazing opportunities for Erasmus University Rotterdam students and explained many ways students could take advantage of the resources at De Nederlandsche Bank for academic and professional development if they opt an internship there. For more information about DNB, have a look at the website. It has a lot of information about DNB itself and how you can come in contact with them:
English: https://www.werkenbijdnb.nl/en
Dutch: https://www.werkenbijdnb.nl/

Special thanks to both Thomas Dekker and Bob Rotman for speaking with us. 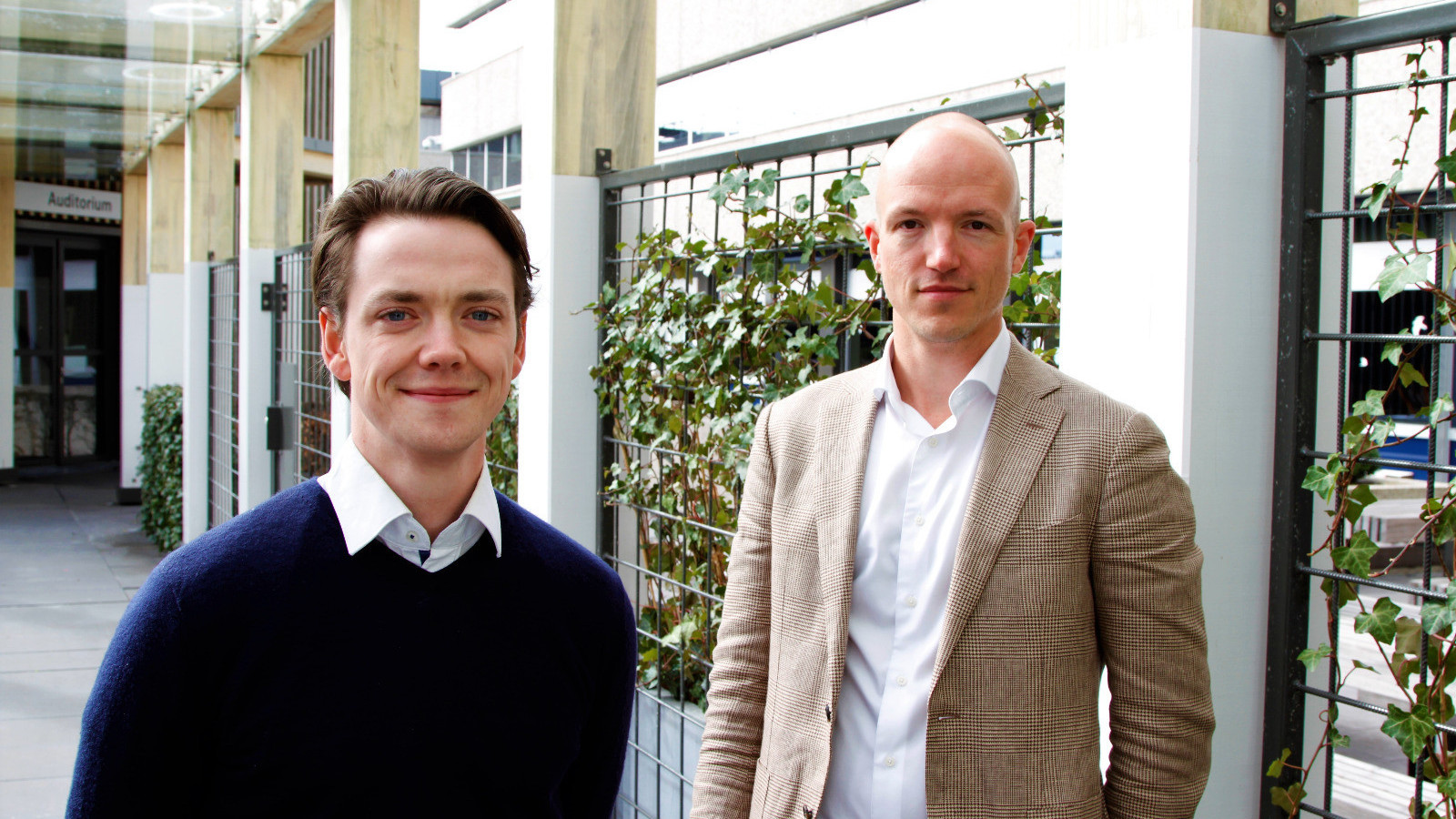